Come back now and take
10% off your order!
Enter the promo code below at checkout.
" 10OFF "
Powered by Mageplaza
Powered by Mageplaza
The store will not work correctly in the case when cookies are disabled.
//tags.tiqcdn.com/utag/alm/main/prod/utag.js
Served from Prod 1 - 183
Menu
Account

Our expert-written resources are available in digital and/or print formats to best suit your specific situation. We realize that many of you are working from home and may not have access to the resources you need. Please do not hesitate to contact [email protected] with questions regarding access to print and/or digital formats. 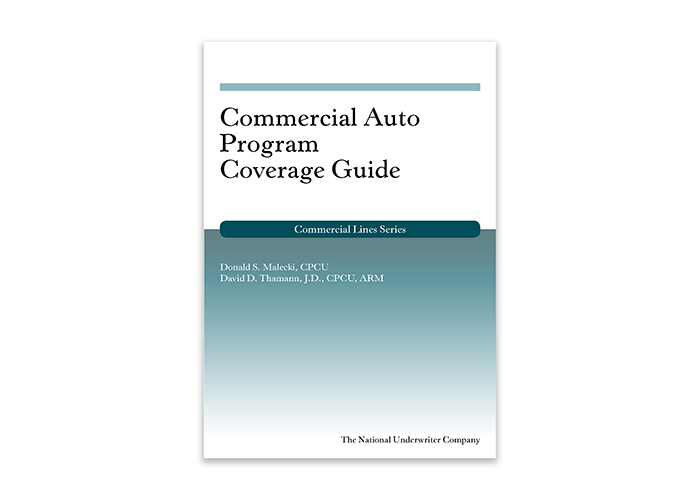 Skip to the beginning of the images gallery
Details

The complete, October 2013 versions of all three Forms are included in the book—so you’re working with current primary source Forms, Endorsements, and analyses.

The all-new “Issues” section provides powerful, practical guidance on:
» Additional Insureds
» Scope of “Any” Auto
» The Meaning of “Occupying” a Vehicle
» E&O Coverage for Auto Dealers
» Automatic Coverage for Additional and Replacement Vehicles
» What Qualifies as “Use” of an Auto
» PLUS—Key Situational Questions & Answers

Three Reasons You Need Commercial Auto Program Coverage Guide:
1. You can’t make important decisions based on analyses of out-of-date forms
2. You don’t want to deny yourself the guidance so many professionals rely on
3. You do want to save time by using one, convenient and reliable resource

Additional Information
Reviews
Write Your Own Review
Only registered users can write reviews. Please Sign in or create an account
Table Of Contents 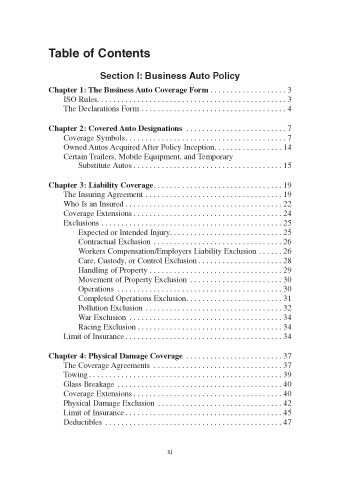 The insurance world in general and the National

Underwriter Company in particular have lost a

colleague and a friend. Don Malecki passed away on

Don was a recognized insurance and risk

management expert who spent over fifty years in the

business as a writer, consultant, and expert witness.

Don began his career as a fire underwriter and later

as a supervising casualty underwriter. He began his

writing career when he joined the staff of the Fire, Casualty, and Surety

the National Underwriter Company in 1984 to start his own consulting

practice, a practice in which he contributed his every working hour toward

and knowledge with all those seeking his guidance. Don was a recognized

insurance policy language. Don was also an author and co-author of many

books on insurance and risk management. He was past president of the

and a member of the Society of Risk Management Consultants.

It is safe to say that Don Malecki was a giant in the insurance industry,

insurance coverage and risk management. Don will be greatly missed by

time and knowledge, and he will be especially missed by those who knew

him and worked with him. God Bless.